Before recommending surgery for acute osteoporotic vertebral compression fracture (OVCF), it's crucial to consider how the patient will fare after the procedure. Malnutrition is one of the factors that's been linked to poorer clinical outcomes after a variety of orthopedic surgical procedures.

For example, a study of 114 patients undergoing spinal surgery published in Spine showed that 42% of those >60 years old were malnourished preoperatively, and malnutrition was a significant independent predictor of postoperative complications.

Stuart Hershman, MD, surgeon in the Orthopaedic Spine Center at Massachusetts General Hospital, and colleagues recently studied the preoperative albumin level as a surrogate for nutritional status. In The Spine Journal, they report that preoperative hypoalbuminemia was significantly associated with a higher incidence of mortality and complications after surgery for OVCF.

The researchers identified 1,979 patients in the National Surgery Quality Improvement Project database of the American College of Surgeons who sustained an OVCF in the thoracic or lumbar region between 2007 and 2014. They categorized their preoperative nutritional status based on albumin level:

All of the following were significantly correlated with preoperative albumin level:

All-cause 30-day readmission rates were not related to albumin. The researchers believe this reflects a limitation of the database they used, which tracks 30-day readmission from the date of surgery, not the date of discharge. Patients with increasingly severe hypoalbuminemia have longer hospital stays, on average, which skews the data.

A given patient's risk of adverse outcomes was strongly associated with the degree of hypoalbuminemia. For example, a patient with severe hypoalbuminemia had an odds ratio of 2.96 for mortality, 2.48 for major complications and 2.18 for minor complications relative to patients who had normal nutritional status.

The researchers advise surgeons to optimize patient nutritional status before surgery for OVCF to reduce the risk of postoperative complications or mortality. They acknowledge that often this cannot be done quickly and that patients with osteoporotic fractures frequently request urgent intervention for intractable pain.

Because preoperative albumin is measured through a simple blood draw, it's a practical way to assess medical frailty. Surgeons can inform patients about this metric in discussions of their risk of adverse outcomes after surgery for OVCF.

Learn more about the Orthopaedic Spine Center at Mass General

Refer a patient to the Orthopaedic Spine Center at Mass General 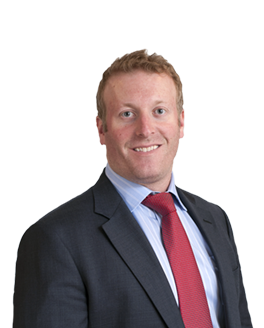 A retrospective study demonstrated an 11% incidence of symptomatic venous thromboembolism—including a 1.3% rate of fatal pulmonary embolism—within 90 days after surgery for spine metastases

In-patient safety is an important aspect of spinal deformity surgery. In this video, John Shin, MD, describes how he has formed a multidisciplinary team to dramatically improve patient outcomes and safety in spine surgeries.