Radiographic diagnosis of scapholunate ligament injury (SLI) in the setting of distal radius fracture (DRF) can be challenging, even when combined with an adequate history and proficient clinical assessment. For example, one study suggests that radiography is better suited for excluding SLI rather than diagnosing it.

Hand and Upper Extremity Orthopaedic Surgeon Chaitanya S. Mudgal, MD, in the Department of Orthopaedics at Massachusetts General Hospital, and colleagues retrospectively studied the influence of radiographic diagnosis of SLI on the surgeon's treatment decision-making for DRF. They found that only 3.5% of patients with DRF who had SLI diagnosed by a radiologist had a recorded a clinical concern by the treating surgeon.

In the Journal of Wrist Surgery, the researchers discuss how the understanding of SLI pathology has evolved and share their current procedures for treating it.

The researchers identified 2,923 adults who underwent surgery for DRF in a single-institution research database between 2005 and 2015. When dictating reports following plain radiographs, radiologists diagnosed SLI in 200 of these patients. SLI was diagnosed on preoperative radiographs in 36% of patients.

The treating surgeon recorded a clinical concern about SLI for seven of the 200 patients (3.5%), of whom only four had operative treatment of SLI (2%). In the three other cases, the surgeon did not feel treatment was warranted based on intraoperative fluoroscopy.

Insight into the Pathology of SLI

Dr. Mudgal and his colleagues have stopped recommending routine exploration and repair when SLI is noted on preoperative films. Instead, they advise the following process:

The authors add that according to recent studies, surgical repair of SLI is especially worthwhile in patients who have radiographic signs of severe SLI and/or those whose activities put high functional demands on their injured wrist.

Learn more about the Hand and Arm Center

Refer a patient to the Hand and Arm Center 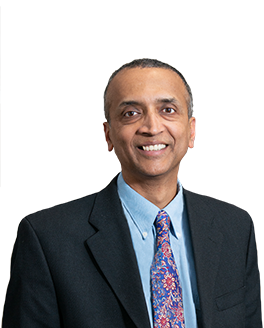 When distal radius fracture is associated with scapholunate interosseous ligament injury, it is difficult to predict which patients will develop symptoms. Mass General researchers investigated whether it is necessary to repair the ligament routinely.

According to a chart review at Massachusetts General Hospital, closed reduction and percutaneous pinning restored radiographic parameters and leads to excellent range of motion in carefully selected patients with distal radius fracture.