A clinician–researcher team at Massachusetts General Hospital has developed a novel approach to direct-volumetric drop-on-demand (DVDOD) three-dimensional (3D) bioprinting. The team is using the new technology to grow articular cartilage that is much more functional than previously possible.

"The treatment options we have for full and partial-thickness cartilage loss like are seen in osteochondritis dissecans are less than ideal," says Brian E. Grottkau, MD, chief of the Pediatric Orthopaedic Service at Mass General. "We are using 3D printing to tackle this and other problems that we don't have good solutions for—and do it minimally invasively."

"Everyone else is focusing on the shape of the tissue," Dr. Pang says. "But we are focusing on the function, as well, by micro-controlling the cells during a bioprinting process and preserving their native functions afterward."

3D printing can be roughly broken down into two categories, explains Dr. Pang: contact versus non-contact with the surface.

Drop-on-demand 3D printing is a non-contact method, whereby the bioprinter dispenses tiny droplets of material and cells (together called a bioink) that fall into place on the object being printed. These smaller droplets allow for more control than is possible with 3D bioprinters that must touch the printed surface to dispense a bioink.

However, he says, there are problems with previously available drop-on-demand technology. "The existing technology is like a spigot. You can control the pressure of the container and the opening time of the faucet, and when you increase pressure and/or opening time, you increase volume. But there are fluctuations in the physical properties of the bioink as the printing process continues, which affect the volumes of the droplets dispensed."

To improve accuracy and minimize the negative effect of these fluctuations during the drop-on-demand printing, the Mass General team has developed a new method to directly control the volume of droplets of a bioink. They use a thin syringe and squeeze a small droplet of bioink just outside the needle tip, and then a puff of air blows the droplet to the surface of the object being printed before the droplet falls due to gravity. This helps ensure accurate volume, even when the physical properties of the bioink fluctuate.

The team leverages experts throughout Mass General as they developed the technology, expanded its use and applied for a patent. Experts include other researchers who have navigated the patent process, bench researchers and experts in histology and polymerase chain reaction.

Drs. Grottkau and Pang have published and presented successful results in peer-reviewed scientific journals and international conferences, respectively. In the International Journal of Molecular Sciences, the team described the technology's ability to print functional microtissues of bone, cancer and induced pluripotent stem cells. In Biomedical Materials, combining with resin material 3D printing, they demonstrated how bioprinted micro-stem-cell-tissues influence the motility of other cells.

An upcoming publication will describe the team's success in bioprinting microspheres of specifically micro-patterned chondrocytes in a matrix to grow into articular cartilage (the smooth, white tissue at the ends of bones that allows joints to move easily). This cartilage can be damaged by disease, injury or normal wear-and-tear, and current ways to treat cartilage loss are not ideal.

"One option is to drill the area, let blood come into the lesion and then let it form fibrocartilage, but this basically creates scar tissue. Healthy articular cartilage is much more efficient at allowing joints to glide—it's even better than flat ice on flat ice," says Dr. Grottkau.

Another method involves implanting minced cadaveric cartilage, then allowing it to grow and mix with existing cartilage. But that tissue does not integrate well, leaving gaps that fill with scar tissue. Yet another approach uses autologous cultured chondrocytes. The patient's own cartilage is grown in a dish, then injected back into the defect. Such tissue doesn't adhere well to the subchondral bone plate or integrate well with surrounding cartilage.

Drs. Grottkau and Pang are now combining their drop-on-demand 3D printing technology with a special bioink, made of chondrocytes and an extracellular matrix, to tackle the tough clinical problem of damaged articular cartilage. Using the new printing method, they micro-pattern chondrocytes into specially designed micro-groups within an extracellular matrix to create micro-cartilage-tissues.

The team believes the approach has remarkable promise for healing articular cartilage and can also be used to create:

"We decided to prove our mettle in cartilage, which is vexing to solve, but there are also many other applications," says Dr. Grottkau. 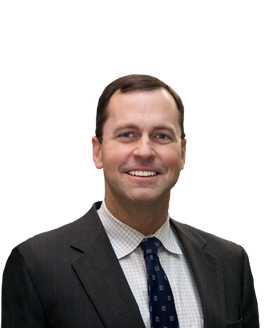