Most cases of uveitis in the U.S. are noninfectious, and like other immune-mediated diseases, noninfectious uveitis is more prevalent among women than men. This suggests a need to investigate whether hormone-containing contraceptives and/or menopausal hormonal replacement therapy (HRT) might be risk factors for this vision-threatening disease.

In the first study on this topic, Lucia Sobrin, MD, MPH, associate chief of clinical data science at Massachusetts Eye and Ear and associate professor of ophthalmology at Harvard Medical School, and John H. Kempen, MD, MPH, PhD, MHS, director of epidemiology for Ophthalmology at Mass Eye and Ear and professor of Ophthalmology, part-time at Harvard Medical School, and colleagues from the University of Pennsylvania led by Dr. Brian VanderBeek, found that female hormone therapy (FHT) makes only a small contribution to the risk of noninfectious uveitis. Their report appears in Ophthalmology.

The researchers used a nationwide database maintained by a private insurance plan. 217,653 adult women filled at least one prescription for FHT between January 1, 2000 and December 31, 2016. Women who were 44 or younger at the time of first FHT prescription were presumed to be using hormonal contraceptives and those 45 or older were assumed to be using HRT.

Each FHT-exposed patient was matched with up to five women who did not fill a prescription for FHT, for a total of 928,408. Matching was based on age, race and start date of insurance eligibility.

The result was similar when the outcome was limited to anterior uveitis. There were no incident cases of intermediate or posterior uveitis in the FHT cohort, so the HR for incident uveitis could not be calculated for those subtypes.

In a model that stratified by age (to address use of contraceptives vs. HRT), the risk of incident noninfectious uveitis was not significant in either category.

In this analysis, the FHT cohort had a higher risk of developing incident noninfectious uveitis:

Visit the Ophthalmology at Mass Eye and Ear/Mass General 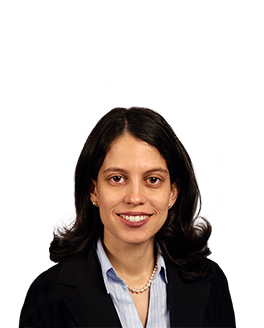 Mass Eye and Ear Doctors Collaborate with Dana-Farber to Rebuild Damaged Corneas Using Patients' Own Stem Cells for the First Time in the U.S.

Surgeons at Mass Eye and Ear are the first in the U.S. to have replaced the eye surface of patients who each experienced chemical burns to one eye—by using their own stem cells taken from the other healthy eye—in a technique known as cultivated autologous limbal epithelial cell transplantation.