Gastrointestinal stromal tumors (GISTs) are typically caused by mutations of the KIT or PDGFRA oncogenes, which can be successfully targeted with existing drugs. However, about 15% of GISTs lack these mutations and have instead lost expression of succinate dehydrogenase (SDH), a key enzyme for cellular metabolism. This subset of GISTs is notoriously drug-resistant.

A clue to how SDH deficiency contributes to GIST development came from epigenetics, the study of external modifications to DNA that turn genes "on" or "off." An epigenetic process called DNA methylation is abnormally active in SDH-deficient tumors. Hypermethylation can disrupt "insulator" proteins that protect genes from inappropriate signals in their environment.

The researchers found that an insulator in the FGF3/FGF4 locus was lost in SDH-deficient GISTs. Recurrent loss of the insulator altered locus topology, allowing interaction between the oncogenes and a core GIST super-enhancer. Thus, the oncogenes were potently induced.

The investigators transplanted a patient-derived SDH-deficient GIST into mice and treated them with:

Proof of Concept for Therapeutic Intervention

Tumor growth suppression with BGJ-398 suggests a critical role for FGF signaling in GIST tumorigenesis. The success of the combination therapy indicates that both the FGF and KIT pathways drive SDH-deficient GIST and supports the significance of the underlying epigenetic changes. 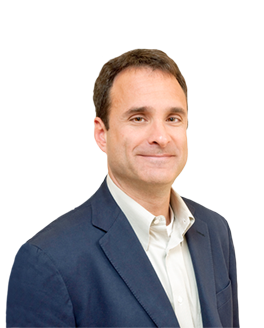 Researchers at Massachusetts General Hospital and colleagues have reported a novel portable technology to enable cancer diagnosis in developing countries and other remote locations.

Genetic tests that aid risk stratification have potential to reduce both over- and undertreatment of prostate cancer.