Financial stability and education may affect individuals' desire to conceive and their pregnancy planning. The COVID-19 pandemic may have affected these decisions more acutely, but most research has focused on postponing pregnancy.

Shruthi Mahalingaiah, MD, MS, a reproductive endocrinologist at the Fertility Center in the Department of Obstetrics & Gynecology at Massachusetts General Hospital and assistant professor at the Havard T.H. Chan School of Public Health, and colleagues recently published the first study that prospectively assessed monthly attempts to conceive during the pandemic. In the American Journal of Obstetrics & Gynecology, they report a noteworthy decline in attempts to conceive that seemed related to COVID-19.

The data source for the study was the ongoing Apple Women's Health Study, launched in November 2019. Women aged 18 and older who feel comfortable communicating in English complete various surveys on their Apple smartphones. The baseline date for this analysis was February 2020, and data were collected through March 2021.

The 21,616 participants enrolled between November 2019 and March 2021 and responded to at least one menstrual survey. The survey included the question, "Did you actively try to get pregnant in the previous calendar month?" Reports of attempts at either natural conception or assisted reproduction were eligible.

Participants completed the MacArthur Scale of Subjective Social Status (SSS) at enrollment. This tool asks participants to rate themselves on a "social ladder" with 10 rungs, where the top rungs represent people with the most money, the most education, and the most respected jobs.

In February 2020, the reference month, 6% of participants attempted conception. In comparison, the results over subsequent months were:

The researchers also examined variations in the odds of attempting to conceive, compared with February 2020, according to individual-level factors:

The findings may be partly attributable to the greater flexibility to work from home experienced by more highly educated and financially secure women. That may have allowed them to focus on pregnancy planning rather than daily concern about virus exposure at work.

Refer a patient to the Mass General Fertility Center

Learn more about research from the Department of Obstetrics & Gynecology 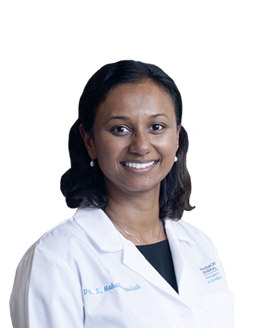 Molly Siegel, MD, Ilona T. Goldfarb, MD, MPH, and colleagues found in Summer 2021 that only 49% of 473 pregnant/postpartum individuals surveyed at Mass General Brigham reported COVID-19 vaccination or plans for it. Concern about personal or fetal side effects were among the top reasons for vaccine hesitancy.