Telomeres—nucleoprotein complexes located at the distal ends of chromosomes—are crucial DNA buffers that help maintain chromosomal stability. Mark Phillippe, MD, MHCM, a physician–scientist at the Vincent Center for Reproductive Biology at Massachusetts General Hospital, previously proposed in Reproductive Sciences that a telomere-based biologic "clock" determines the length of gestation and the timing for the onset of parturition.

In a new paper published in the American Journal of Obstetrics and Gynecology, Dr. Phillippe reviews the evidence for this hypothesis in greater detail. He discusses the relationship between this biological clock and preterm birth, including U.S. racial disparities in preterm birth, and he proposes a novel approach to preventing or reducing preterm birth.

Telomere sequences progressively shorten with each cell replication and division. This shortening has been interpreted as a biological clock because it signals cellular senescence and results in cell cycle arrest, chromosome breaks, abnormal fusion events, and/or apoptosis.

The DNA attrition rate can be accelerated by environmental factors such as oxidative stress, inflammation, and high cell turnover rates. In adults, progressive telomere shortening occurs throughout the lifetime and is thought to contribute to progressive aging, multiorgan dysfunction and, ultimately, death.

In adult humans, telomere shortening occurs gradually over decades. In gestational tissues (the placenta and fetal membranes), telomeres expand during the blastocyte stage, then shorten rapidly over approximately 38 weeks.

The accelerated shortening is attributed to pregnancy being a state of high oxidative stress, especially concerning the placenta.

Multiple lines of evidence suggest that once the telomeres in the gestational tissues decrease to a critical level, a series of signaling events are initiated that activate the proinflammatory, endocrine, and uterotonic phenomena that occur with spontaneous parturition.

Telomere length seems to be a highly heritable trait. Women with shorter-than-average telomeres pass short telomeres onto their oocytes and thus their developing embryos. Shorter telomere sequences decline to a critical level faster than longer sequences, which could explain why higher rates of preterm birth are observed in some families and racial groups.

Several of those risk factors have been reported to produce metabolic effects that lead to increased oxidative stress and shorter telomeres. The accumulated effects—over individual lifetimes and over generations—may explain why African American women are at two to three times higher risk of preterm birth than white women.

If these hypotheses are confirmed, full elimination of preterm birth disparities will require ending the effects of systemic racism and socioeconomic marginalization.

The antioxidant agent N-acetyl cysteine has also been reported to prevent pathologic telomere shortening in human embryos and has been associated with a reduction in preterm birth.

Most studies of the telomere gestational clock hypothesis are challenging and ethically unfeasible. Still, the effectiveness of initiating antioxidants during the periconception period can be objectively tested in well-designed randomized clinical trials.

American Journal of Obstetrics and Gynecology 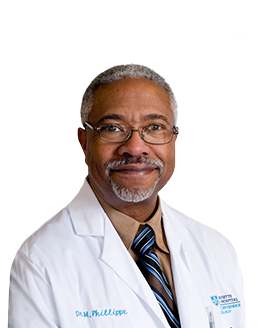 Studying SARS-CoV-2 and mRNA Vaccines in Mothers and Babies

Researchers at Mass General are studying the effects of SARS-CoV-2 infection and mRNA vaccines in pregnant and lactating individuals, as well as neonates.