The already high rate of pregnancy loss in the U.S. is increasing by at least 1% per year, according to a study published in Paediatric and Perinatal Epidemiology. Multiple studies have pointed to ambient air pollution as a risk factor for pregnancy loss, and this is a great concern because of its prevalence. However, all but a few of these studies have relied on cases from medical records, which can't document unrecognized losses and often don't document losses managed outside a hospital.

To explore this issue more fully, Audrey Gaskins, ScD, of Emory University, Irene Souter, MD, fertility specialist at the Fertility Center and Reproductive Endocrinology Unit at Massachusetts General Hospital, Russ Hauser, MD, MPH, ScD, chair of the Department of Environmental Health at the Harvard T.H. Chan School of Public Health, Francine Laden, ScD, of Brigham and Women's Hospital, and colleagues analyzed data on women undergoing assisted reproduction technologies (ART), who were closely followed throughout early pregnancy, and found that exposure to nitrogen dioxide (NO2) was associated with a higher risk of pregnancy loss starting 30 days after a positive pregnancy test. Their findings appear in Environmental Research.

This analysis involved 275 women who presented for infertility evaluation and treatment between January 2004 and December 2015. Their residential addresses were geocoded and linked to various spatiotemporal models of air pollution.

Acute exposure to air pollution was defined as the daily rolling average of exposures in the week prior to pregnancy loss. Chronic exposure was the cumulative daily average exposure from the first positive pregnancy test to the date of loss. All types of pregnancy loss were considered, from biochemical pregnancies to stillbirths.

The women had 345 confirmed pregnancies, of which 99 (29%) resulted in a loss. The median time between a positive pregnancy test and a loss was 21 days. The median gestational age at loss was 7.4 weeks.

Visit the Department of Obstetrics and Gynecology

Refer a patient to the Department of Obstetrics and Gynecology 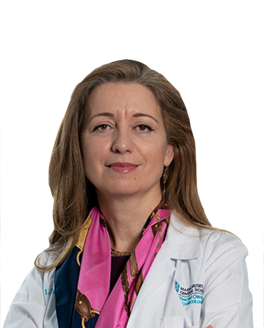 Researchers are pioneering innovative AI-based methods to improve the precision of things like embryo selection and sperm morphology, which traditionally have relied upon visual inspection, human discernment and individual discretion to analyze cells and samples.

Review: Mechanisms of Maternal Obesity with Neuromorbidity in Offspring

Studies are uncovering how prenatal and lactational exposure to maternal obesity leads to neurodevelopmental and psychiatric disorders in offspring.