It's well established that African-American women are at higher risk of preterm birth (PTB) in the U.S. than white women. According to the Centers for Disease Control and Prevention (CDC), the respective rates were 14% versus 9% in 2018.

In March 2016, clinicians representing the National Medical Association, the Society for Maternal-Fetal Medicine and the American College of Nurse-Midwives met to discuss health inequities related to PTB in the African-American community. One outgrowth was a series of focus groups with African-American women who had experienced PTB, whether spontaneous or medically indicated.

Allison S. Bryant, MD, MPH, specialist in the Maternal-Fetal Medicine Program at Massachusetts General Hospital, and colleagues report lessons from those discussions in the Journal of Racial and Ethnic Health Disparities.

Two focus groups were conducted in each of three U.S. cities (Atlanta, Baltimore and Boston) between October 4 and October 12, 2016. In total, 60 African-American women participated who had experienced at least one PTB in the past five years. In each city, one group included women with annual household incomes ≤$49,999 and the other included those with income ≥$50,000.

The overarching objective of the focus groups was to gain insight into whether the participants were aware of the risk of a subsequent PTB. Several broad topics were planned for the discussions, but the findings were grouped into five key themes based on the responses:

Race Is Not a Risk Factor

The statement that African-American women are a high-risk group was largely met with resentment, a valid reaction. Evidence suggests that race itself is not the root cause of high rates of PTB, but rather factors associated with being African-American, including health care inequities, experiencing institutional racism and, perhaps, higher psychosocial stress. Educational materials and counseling must take these facts into consideration. 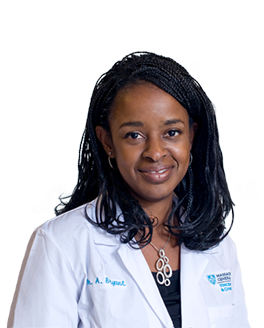 Influence of COVID-19 on Delivery and Inpatient Postpartum Care

Massachusetts General Hospital physicians suggest that if COVID-19 in pregnant women is not improved by treatment, then delivery may be considered even in the absence of obstetric indications.

Managing the Cardiovascular Complications of Substance Use Disorders During Pregnancy

The normal physiologic changes in pregnant women can be rapidly accelerated or blunted in the setting of active substance use, potentially leading to catastrophic cardiac effects in the mother.