Building on that research, Laura Dubreuil-Vall, PhD, research fellow, and Joan A. Camprodon, MD, PhD, chief of the Division of Neuropsychiatry in the Department of Psychiatry at Massachusetts General Hospital, and colleagues have now demonstrated beneficial cognitive effects of tDCS in adults with attention-deficit/hyperactivity disorder (ADHD). They published their results in Biological Psychiatry: Cognitive Neuroscience and Neuroimaging.

Forty adults with a primary diagnosis of ADHD were enrolled at Mass General, where recruitment started in July 2015 and ended in March 2018. Over three visits, the participants underwent tDCS targeting the left DLPFC, tDCS targeting the right DLPFC and sham stimulation. The order of stimulation administration was randomized, and both experimenter and subject were blinded to the type of stimulation used.

Immediately before and after tDCS, 20 patients performed the Eriksen flanker task and 20 performed the stop-signal task. Both tasks capture inhibitory control processes and are well accepted for assessing executive function in patients with ADHD.

tDCS of the left DLPFC significantly reduced reaction time in incongruent trials, while the change was nonsignificant after sham or right DLPFC stimulation. After both left- and right-sided stimulation, there was a significant increase in the amplitude of P300, an electrophysiologic response that reflects inhibition of distractors and competing responses.

A decrease in N200 amplitude, which indicates improvement in selective attention in the context of conflict resolution, was not significant compared with the sham condition.

However, left-sided stimulation did not significantly change reaction time on Stop trials. Thus, tDCS of the left DLPFC did not improve action cancellation and might be ineffective in the treatment of problems such as tics and compulsions.

Potential for Biomarkers and Individualized Therapies

The amplitude of P200, N200 and P300 on a trial-by-trial basis was correlated with reaction time on both sets of tasks. That finding supports the value of these electrophysiologic measures as biomarkers for the diagnosis and monitoring of patients with ADHD.

The fact that tDCS of the DLPFC improved interference cognitive control but not action cancellation implies these abilities involve separate regions of the brain. Different disorders in executive function may require different treatment strategies. 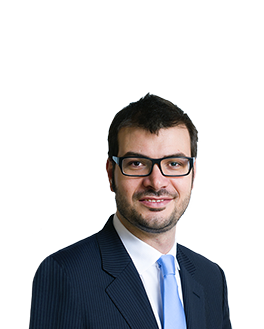