It's well established that excessive and chronic use of alcohol and other drugs (AOD) can lead to an array of medical conditions that reduce life expectancy and increase the number of years lived with disease and disability. Less well understood, however, is the burden of physical disease among people who are in recovery from AOD issues.

Clinical psychologist David Eddie, PhD, and John F. Kelly, PhD, director of the Recovery Research Institute and associate director of the Center for Addiction Medicine at Massachusetts General Hospital, have conducted the first nationwide U.S. study that estimates the prevalence of common physical diseases among individuals in recovery from significant AOD problems. They published their report in the Journal of Addiction Medicine.

The researchers made use of the National Recovery Survey, which screened 38,909 adults with a single question, ''Did you used to have a problem with drugs or alcohol, but no longer do?''

Participants were categorized according to the drug they had used most often:

Participants indicated whether they had ever been told by a health care provider that they had:

The prevalences of diabetes, heart disease, hepatitis C and COPD were significantly greater than those reported for the general adult population in the National Health and Nutrition Examination Survey (NHANES) dataset accessed in 2018.

Prevalence of Disease by Primary Drug

There were notable differences in the prevalence of disease according to the primary drug used:

Disease and Quality of Life

The researchers assessed the participants' quality of life using the 8-item EUROHIS-QOL questionnaire. The key results were:

A survey at one point in time can't prove a causal relationship between AOD problems and an increased prevalence of physical diseases. However, the results of multiple previous studies suggest a high probability that the increased prevalence of certain diseases in the National Recovery Survey participants, relative to the general population, is either directly or indirectly related to AOD problems.

In addition to performing ongoing recovery check-ups, primary care physicians should stay alert to the potential need to manage chronic health conditions for patients in recovery from AOD problems. Smoking cessation might be an intervention of particular benefit, as it's possible that tobacco use itself contributes substantially to the disease burden of AOD problems. In this study, the number of years of smoking was significantly associated with the risk of having one chronic disease versus none and the risk of having two or more chronic diseases versus one. 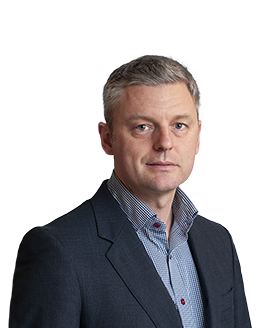 In young adults, the most significant predictors of overdose after treatment for substance use disorder are a history of intravenous drug use and mood dysregulation—and the first year after the initial evaluation is the riskiest period. However, engagement in treatment has been found to reduce this risk.