Preliminary research at Massachusetts General Hospital, reported in Molecular Psychiatry, suggests the amount of carbohydrate, fat and protein people consume are partially affected by inherited biological differences. So far, though, most genetic association studies of dietary intake traits have focused on single nutrients or single foods.

Now, researchers in the Center for Genomic Medicine (CGM) at Massachusetts General Hospital, led by Jordi Merino, PhD, a research associate at the Diabetes Unit in the Endocrine Division, Jose C. Florez, MD, PhD, chief of the Diabetes Unit and Endocrine Division, and Richa Saxena, PhD, principal investigator in the Department of Anesthesia; and Josée Dupuis, PhD, of the Boston University School of Public Health, and colleagues have identified 26 genomic regions that may affect overall variation in dietary intake. They report the specifics in Nature Human Behaviour.

The researchers accounted for the correlations between carbohydrate, fat and protein intake to investigate genetic effects on overall dietary intake among 191,157 participants in the UK Biobank and 91,114 individuals of European ancestry in the Cohorts for Heart and Aging Research in Genomic Epidemiology (CHARGE) Consortium.

31 genome-wide significant variants were identified in 26 distinct genomic regions, including 14 not previously described. The strongest signal was for a cluster of four variants in FGF21. This gene was associated with increased fat and protein intake and reduced carbohydrate intake.

This observation aligns with previous research pinpointing the central nervous system as a critical regulator of energy homeostasis and body weight and is consistent with the view that obesity is a disease with primary defects in appetite control.

The most strongly weighted variants from each cluster were used to build a polygenic score (PS) and investigate their association with metabolic diseases. Using data from the UK Biobank:

These associations, although directionally consistent, could not be replicated when the researchers analyzed a health system's multiethnic biobank. Potential reasons for these partial replications might be the inclusion of people with certain diseases or from ethnicities other than white ethnicities.

These results provide a starting place for developing new strategies to prevent and treat obesity and other metabolic diseases. Caution is needed about interpretation since the study was based on healthy individuals of European ancestry and the results could not be replicated in a demographically and clinically mixed population.

Refer a patient to the Endocrinology Division 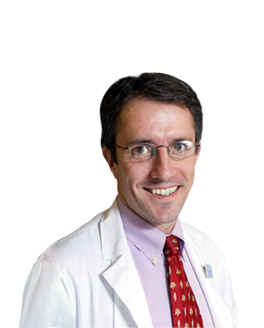 Research from the Clinical and Translational Epidemiology Unit: The Gut Microbiome

Andrew T. Chan, MD, MPH, discusses his team's research on the role of the gut microbiome in human health and disease.