Investigators in Massachusetts General Hospital's multidisciplinary Metabolism Unit, within the Endrocinology Division, are developing novel therapeutics for a broad range of metabolic disorders. Discoveries made by unit researchers have been impactful across disciplines, including their work to the only FDA-approved drug to treat lipodystrophy in people with HIV.

"Over the arc of one's career, it's amazing to see a patient with a problem, be able to go back to your lab and develop a therapy, and then prescribe, to make the patient feel better," says Steven Grinspoon, MD, chief of the Metabolism Unit. "This work stemmed from a creative approach to harness the physiologic secretion of a potent neuroendocrine hormone, ensuring adequate feedback for safety while maximizing its lipolytic effects. In essence we let the body do the work for us, augmenting a deficient signal with a precursor hormone rather than use the end hormone itself."

Dr. Grinspoon has had a longstanding interest in metabolic disorders, particularly those with acquired fat and fat distribution changes.

"My interest started with some key patient observations in the early era of HIV. In those days, we were more concerned with weight loss among these patients, but we had published a mechanism of disease article on the endocrine and metabolic manifestations of HIV in the New England Journal of Medicine," he says. "That interest stuck with me at Mass General."

Dr. Grinspoon's focus led him to pursue investigations into the use of hormones to promote weight and muscle mass among HIV patients with sarcopenia. As a result, his team became one of the first groups to describe HIV lipodystrophy, a syndrome in which patients experience body fat distribution changes, including increased visceral fat and reduced subcutaneous fat, despite a return to normal weight. HIV lipodystrophy also has physiological implications for cardiovascular disease, including dyslipidemia and inflammation, which the group has also shown.

His team first looked at the growth hormone (GH) axis, drawing blood every 20 minutes overnight in a series of studies utilizing a deconvolution algorithm to show reduced overall growth hormone secretion in a unique pattern.

"We showed that the pattern was markedly off, particularly in relation to how much abdominal fat people had. The patients with HIV lipodystrophy had the same number of peaks, but reduced amplitude of each peak, compared to weight matched non-HIV patients," says Dr. Grinspoon. "Our studies showed that the pulsatile secretion of growth hormone needed augmentation in this population."

Dr. Grinspoon reasoned that giving growth hormone per se as a treatment for HIV lipodystrophy treatment was less logical than giving the precursor, growth hormone releasing hormone. Exogenous growth hormone would not be regulated by physiological feedback and could paradoxically suppress endogenous GH secretion.

To investigate his hypothesis, Dr. Grinspoon conducted a set of Phase III randomized placebo-controlled studies using the precursor hormone, tesamorelin. Their findings, published in the NEJM, demonstrated that the precursor hormone had the added benefit of reducing visceral fat while leaving subcutaneous, healthy fat, intact. It also lowered triglyceride levels and reduced inflammation.

"Importantly, we also showed it made people feel better by improving their quality of life and body image, as measured by a body image tool," says Dr. Grinspoon. "The FDA used this data to approve tesamorelin as a treatment for HIV lipodystrophy."

Using the Precursor Hormone to Reduce Other Areas of Ectopic Fat

Dr. Grinspoon's team then applied their model in a series of investigational new drug applications in an attempt to reduce fat in additional ectopic areas such as the liver. They learned that increased visceral fat correlated with increased liver fat, revealing another potential application of the precursor hormone: as a treatment for non-alcoholic fatty liver disease.

"We knew that growth hormone could be oxidative to fat in the liver. While non-alcoholic fatty liver disease (NAFLD) is often associated with obesity, HIV patients can develop more advanced NAFLD earlier in their disease course, at lower weights, related to changes in overall fat distribution," Dr. Grinspoon says.

In a study published in The Lancet HIV, the team gave the precursor hormone to a group of patients who had both HIV and non-alcoholic fatty liver disease to reduce liver fat. Liver biopsies performed before and after patients received tesamorelin showed that tesamorelin reduced liver fat by about 37% relative to placebo and that liver fat normalized in 35% compared to 4% in the placebo group after 12 months. Tesamorelin also prevented the progression of associated liver fibrosis.

Exploring the Mechanisms of Tesamorelin's Effect on NAFLD in HIV

Using transcriptomics, Dr. Grinspoon's team looked at RNA expression in the liver. Their analysis showed that several important gene transcription pathways had changed, including pathways related to upregulation of oxidative phosphorylation. They then matched up the protein signature in the circulation, using a proteomics approach, with the liver transcriptomic signature, revealing significant areas of overlap and reduction in key pathways including VEGFA, TGFB1 and CSF1.

"Not only did the precursor hormone reduce fat, but there were also important peripheral signals of improvement in inflammation as well," says Dr. Grinspoon.

This research resulted in a patent for the use of tesamorelin for NAFLD. Dr. Grinspoon's team continues to advance this concept in additional trials and is giving consideration to populations beyond those with HIV.

"It is a valuable model of acquired inflammation and adipose changes that we can hopefully make more generalizable to other populations as well," says Dr. Grinspoon.

Dr. Grinspoon notes that the best research should be both multidisciplinary and collaborative, which is one reason the Metabolism Unit is particularly suited to explore these topics. While focused on metabolism, the unit has strong partnerships with colleagues in the Mass General Infectious Diseases Division, HIV Group, Radiology Department, Corrigan Minehan Heart Center, and Liver Center. These collaborations focus on a broad range of topics including:

"Staying within our own discipline sometimes robs us of the rich experience of others around us particularly here at Mass General Brigham, " says Dr. Grinspoon. "We've had the ideas, but we've brought in these collaborators to help inform these multidisciplinary the studies. Collaboration can take a while, but it's worth it."

Learn more about the Metabolism Unit

Refer a patient to the Division of Endocrinology 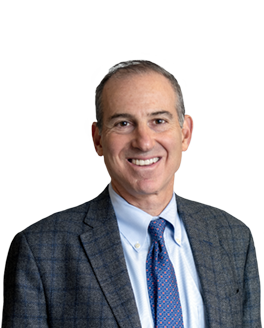 Massachusetts General Hospital physicians have introduced a protocol-based intermittent fasting intervention and are beginning a study to determine fasting's impact on liver fat.

In this Department of Medicine virtual Grand Rounds, Steven Grinspoon, MD, chief of the Metabolism Unit, presented on research findings related to obesity, cardiovascular disease and metabolic dysregulation during a viral pandemic.