There's emerging evidence that the brain–gut axis mediated by the gut microbiome has a role in the pathogenesis of dementia. For example, a small cross-sectional study published in Scientific Reports suggests large differences in the composition of the gut microbiome between participants with and without Alzheimer's disease.

Antibiotic use can profoundly alter the gut microbiome, and the changes can persist for years. In the first large study of its kind, Harvard University researchers analyzed data from the Nurses' Health Study II and found an association between long-term use of antibiotics in midlife and subsequent cognition.

The results are reported in PLoS One by Francine Grodstein, ScD, epidemiologist and professor of medicine at Brigham and Women's Hospital, Andrew T. Chan, MD, MPH, chief of the Clinical and Translational Epidemiology Unit and vice chair for clinical research in the Division of Gastroenterology and professor of Medicine at Massachusetts General Hospital, Raaj S. Mehta, MD, attending in the Division of Gastroenterology and instructor in Medicine at Harvard Medical School, and colleagues.

The Nurses' Health Study II, an ongoing nationwide prospective cohort study in the U.S., began in 1989 with an enrollment of 116,430 female nurses ages 25 to 42. Every two years, participants return questionnaires with detailed information on lifestyle, medication, and health-related factors.

In 2009, at an average age of 55, the participants were asked to report their total duration of antibiotic use over the preceding four years. An average of seven years later, the participants completed CogState, a validated battery of cognitive tests in which deficits have previously been shown to be associated with dementia.

Increasing total exposure to antibiotics in midlife was significantly associated with poorer cognitive scores. After adjustment for age and socioeconomic status, average scores were:

The association persisted after multivariable adjustment for risk factors for cognitive decline, including medical comorbidities, and in subgroups stratified by age, presence or absence of key comorbidities and regular use or non-use of antidepressants.

Analysis of effect sizes showed the impact of antibiotic use on cognition was approximately equivalent to that found for three to four years of aging.

These data underscore the importance of antibiotic stewardship, especially for older adults. 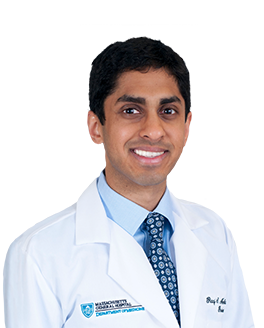 Prolonged, Regular Aspirin Use Linked to Reduced Risk of Gastric Cancer in Women

In two large U.S. prospective cohorts, Sohee Kwon, MD, MPH, Andrew T. Chan, MD, MPH, and colleagues found an inverse relationship between aspirin use and gastric adenocarcinoma in women, expanding on prior research by examining aspirin use at a wide range of doses and durations over 34 years of follow-up.

In a large prospective cohort of U.S. women, Massachusetts General Hospital researchers found that a higher intake of red meat contributed to a significant, dose-dependent increased risk of developing nonalcoholic fatty liver disease, and this association was largely mediated by obesity.