Immunotherapy with checkpoint inhibitors (CPIs) has revolutionized cancer therapy. Their benefits can be offset, however, by immune-related adverse events that increase the risk of morbidity and mortality. Gastroenterocolitis is one of the most frequent of these, yet severe CPI-related colitis has not been well described.

Melanoma was the first indication for CPI approval in the U.S. Kerry L. Reynolds, MD, director of the Severe Immunotherapy Complications Service at the Massachusetts General Hospital Cancer Center, Michael Dougan, MD, PhD, physician in the Division of Gastroenterology and director of the Mass General GI Center for Cancer Complications, and colleagues recently characterized the typical disease course of severe CPI-related colitis in patients with melanoma. Their findings appear in Cancer Medicine.

The researchers studied 60 adults (88 admissions) with stage III/IV melanoma who were hospitalized at Mass General for CPI-related colitis between February 5, 2011 and December 13, 2016. Patients were followed for further admissions until December 31, 2017.

The first-line treatment for CPI-related colitis is immunosuppression with a high-dose corticosteroid (1–2 mg/kg daily of prednisone or the equivalent). Thirty of the 60 patients had persistent symptoms despite steroid treatment or symptom recurrence after attempted steroid taper and went on to receive a tumor necrosis factor-alpha inhibitor, usually infliximab.

Predictors of the need for second-line immunosuppression were:

The need for second-line immunosuppression was not associated with the severity of colitis, the CPI(s) given, the patient's performance status, corticosteroid use prior to admission or the presence/absence of radiographic or endoscopic abnormalities.

The average progression-free survival (PFS) and overall survival (OS) were 24 and 36 months, respectively. There were no significant differences in survival between the groups that did or did not require second-line immunosuppression.

Other Outcomes After Discharge

Following the first admission, the rate of colitis resolution (to grade 1 or the baseline level) was 87.5% at one-month post-discharge and 98% at three months. The same pattern was observed regardless of second-line immunosuppression.

One-third of the patients required at least one readmission for symptom recurrence. The need for second-line immunosuppression did not influence the readmission rate.

The Effect of Steroid Exposure Timing

In a subgroup analysis, the researchers included patients with stage IV melanoma who received at least two cycles of ipilimumab. They examined survival with respect to the timing of colitis and subsequent corticosteroid exposure: early exposure (<64 days after the first dose of CPI) or late exposure (≥64 days after).

One explanation for the finding about PFS is that patients who were admitted later for CPI-related colitis, and thus received corticosteroids later, may have benefited from receiving more immunotherapy. Another possibility, however, is that corticosteroid therapy limited the antitumor response.

Visit the Crohn's and Colitis Center 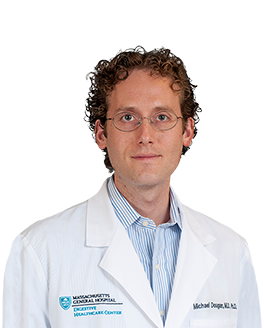 Review: New Imaging Modalities Assist in the Management of IBD

Referral for computed tomography enterography, magnetic resonance enterography or contrast ultrasonography can assist with the diagnosis and monitoring of ulcerative colitis and Crohn's disease.