Early liver transplantation for highly selected patients with alcohol-associated hepatitis (AH) is a relatively new indication, but the change has not come without controversy. Intermediate survival rates after early transplantation for AH are acceptable (about 85% at three years), but some recipients may resume using alcohol afterward and are at risk for poorer outcomes. Therefore, many centers still require a minimum period of alcohol abstinence, usually six months, before listing a patient with AH for transplantation.

Using a mathematical model, Brian P. Lee, MD, MPH, of the University of California, San Francisco (UCSF), Sumeyye Samur, PhD, former postdoctoral fellow at Massachusetts General Hospital's Institute for Technology Advancement (ITA), Jagpreet Chhatwal, PhD, senior scientist at the ITA, and Norah A. Terrault, MD, MPH, UCSF, and colleagues determined that early liver transplantation for highly selected patients with AH increased life expectancy by about fourfold compared with requiring six months of sobriety. In Gastroenterology, they report this was true regardless of the estimated risk of sustained alcohol use after transplantation.

The researchers adapted a previously validated Markov-based mathematical model, published in Hepatology, to simulate a virtual trial of 10,000 hypothetical patients with AH as the first presentation of liver disease. They simulated the long-term outcomes of early versus delayed transplantation.

Data for the model were drawn from the United Network of Organ Sharing (UNOS) database, the American Consortium of Early Liver Transplantation for Alcoholic Hepatitis (ACCELERATE-AH) trial and other published studies.

The primary outcome was life expectancy, measured in life-years from the date of hospitalization for AH.

Outcomes by rate of alcohol use were as follows:

As a middle ground, some centers are specifying a period of sobriety that's shorter than six months. The researchers modified the base case analysis accordingly. Outcomes by duration of abstinence were as follows:

Outcomes by Lille and MELD Scores

These findings support the use of liver transplantation with no minimum period of sobriety before surgery as definitive therapy for patients with severe AH.

There appears to be value in considering Lille score when making policies about early transplantation for AH.

Patients should be counseled that returning to sustained alcohol use after early transplantation may substantially decrease their life expectancy. 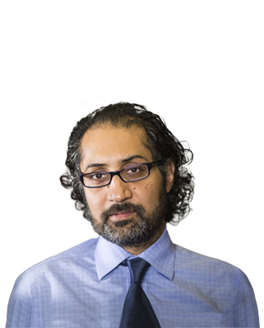 Successful Treatment of HCV Prior to TKA Improves Outcomes

In patients with hepatitis C infection who are treated prior to total knee arthroplasty, achieving a sustained virologic response significantly reduces the risk of postoperative complications, including prosthetic joint infection and the need for revision.

U.S. Not on Track to Meet WHO's Hepatitis C Elimination Targets

Using computer modeling, researchers at Massachusetts General Hospital project that the U.S. is behind schedule to meet the World Health Organization's goal of having 90% of hepatitis C infections diagnosed by 2030.