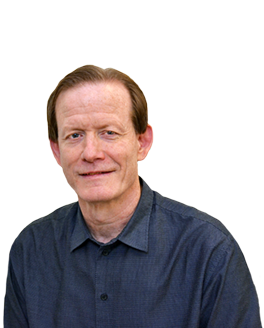 Director of the Tillotson Cell Biology Unit at Mass Eye and Ear, Dr. Albert Edge’s research is focused on the mechanisms of cellular repair in the nervous system. Specifically, his laboratory works toward replacing both hair cells and first order cochlear neurons of the inner ear lost to a variety of causes, including genetically determined degenerative disorders, noise trauma, and ototoxicity.

Members of his laboratory are investigating endogenous stem cells in the cochlea that can generate hair cells and spiral ganglion neurons in damaged ears. They are attempting to define the molecular pathways for the determination of cell fate from endogenous and embryonic stem cells. The discovery of new pathways that influence the differentiation of inner ear stem cells creates a platform for development of drugs or other procedures to activate endogenous stem cells to replace hair cell or neurons.

Dr. Edge and his laboratory staff have discovered cochlear progenitor cells that express Lgr5, a gene also found in the stem cells of the intestine. Wnt signaling stimulates proliferation of Lgr5-expressing cells and converts them into hair cells. They have also found that Notch signaling inhibits differentiation of hair cells and that inhibition of Notch after hair cell loss in the adult cochlea can induce hair cell regeneration and a partial recovery of hearing.

Dr. Edge also investigates the potential of neural progenitor cells to replace auditory neurons and has developed in vitro and in vivo systems for replacement of damaged cells in the inner ear. In vitro synaptogenesis assays in the laboratory allow screening of molecules that inhibit formation of synapses between the spiral ganglion neurons and hair cells. Inhibitory axon guidance molecules decrease fiber growth to hair cells, while glutamate and neurotrophins enhance new synapse formation. They have taken these findings into the living animal and have shown that neurons derived from stem cells innervate hair cells after direct implantation into ears with hearing loss due to nerve damage. Regeneration of auditory neurons and their connections to hair cells could be a treatment for hearing loss.

A teaching hospital of Harvard Medical School, Mass Eye and Ear/Massachusetts General Hospital combines the expertise of highly specialized ear, nose, and throat physicians, audiologists, speech-language pathologists and auxiliary health care professionals to provide care for patients with problems affecting the ear, nose, throat, head and neck areas. The department, which is led by Chief and Chair Mark A. Varvares, MD, FACS, is one of the largest otolaryngology–head and neck surgery (OHNS) departments in the country, with more than 70 physicians staffed at 15 locations in the greater Boston area.