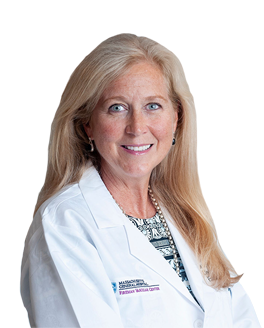 Dr. Stoughton  is the Medical Director of the Venous Program at MGH, and she runs the Mass General Vein Care Center in Stoneham, Massachusetts. She is also an Assistant Professor of Surgery at Harvard Medical School.

She has been a member of numerous local and national committees.  She was the co-Chair of the 2012 American College of Phlebology Annual Congress, and she was the course director for the "In-Vein" meetings for many years. She was the chair for annual Vein Forum conference in Washington, DC in 2015. She was course director for the deep vein course in Phoenix 2019 and will be course director for non-thermal ablation (AVF) course in Atlanta 2020. She has also been elected to the executive boards of the New England Society of Vascular Surgery, the American College of Phlebology, the American Venous Forum, and she was just elected Treasurer of the American Board of Venous and Lymphatic Medicine.

In addition to writing several textbook chapters on venous disease, she has  reviewed and published numerous papers for peer-reviewed journals. As a pioneer in the field of venous disease she participates in the training of  students, residents, fellows and attending physicians from across the country and internationally.