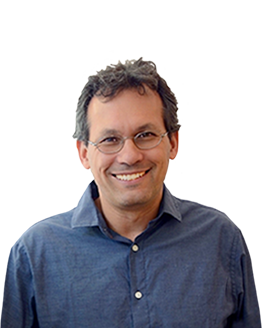 Nir Hacohen is an immunologist and geneticist focused on developing and applying unbiased methods to understand the mammalian immune response. His group is focused on several inter-related areas, including: (i) viral and bacterial sensing in dendritic cells, the sentinel cells of the immune system; (ii) detection of self vs. non-self by the innate immune system; (iii) genetic basis for the observed variation in immunity across the human population, with an emphasis on tumor immunity and autoimmunity; and (iv) novel and personalized immunotherapeutics. He is co-director of the Broad Cell Circuits Program, co-director of the Broad Center for Cell Circuits, and a founding PI of the Broad Genetic Perturbation Platform and Functional Genomics Consortium. Hacohen received an AB in physics from Harvard University and a PhD in biochemistry from Stanford University. After starting his own group as a Whitehead Institute Fellow, he moved to the Broad Institute and joined the faculties of Harvard Medical School and Massachusetts General Hospital.

An integral part of one of the world’s most distinguished academic medical centers, the Massachusetts General Hospital Cancer Center is among the leading cancer care providers in the United States.