After a silent episode of atherosclerotic plaque rupture or erosion, the body's repair process results in healed plaque. On intravascular optical coherence tomography (OCT), such plaque is distinguishable as one or more layers of fibrous tissue, lipids and/or calcium.

Multiple autopsy studies have found healed plaques in patients who experienced sudden cardiac death. Now, Ik-Kyung Jang, MD, PhD, director of the Cardiology Laboratory for Integrative Physiology and Imaging at Massachusetts General Hospital, and colleagues have conducted the first in vivo study of these plaques. They report in the Journal of the American College of Cardiology that healed plaques frequently show features of vulnerability to future major cardiac events and recommend that patients with such plaque at the time of acute coronary syndrome (ACS) should receive aggressive secondary prevention.

The study included 376 patients presenting with ACS who underwent OCT of the culprit lesion enrolled in either the Mass General OCT Registry or the EROSION trial between August 2010 and April 2016.

Compared with patients who had nonlayered plaques, those with healed plaque:

Healed plaques were more likely than nonlayered plaques to exhibit:

Healed plaques were further classified based on the number of detectable layers: single-layered (70%) or multilayered, indicative of multiple previous thrombotic events (30%).

On OCT analysis, the average area of stenosis significantly increased depending on the number of layers: 74% in nonlayered plaques, 78% in single-layered and 82% in multilayered (P = .002).

These data confirm a previous study that suggested repetitive episodes of subclinical thrombosis and subsequent healing are frequently the mechanism of plaque progression.

One-year follow-up data were available for 226 patients (60%). The incidence of death, acute MI and ischemia-driven revascularization were similar between patients with and without healed plaque. Only the rehospitalization rate was significantly higher in patients with healed plaque (33% vs. 17%; P = .01).

The Need for Aggressive Secondary Prevention

Patients with a healed plaque are predisposed to develop an acute coronary event, the researchers conclude. They call out TCFA, inflammation (higher hsCRP and macrophage infiltration) and greater plaque burden as features that may outweigh the protective mechanism of the body's repair phenomenon.

The researchers recommend that when a layered plaque is identified at the culprit lesion in an ACS patient, physicians should consider more intensive anti-inflammatory, antithrombotic and lipid-lowering therapy, not only to prevent future major cardiac events but also to minimize the chance of rapid plaque progression.

Learn more about the Division of Cardiology at Mass General 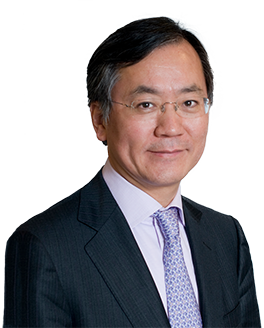 Following computer-assisted, 3-D volumetric analysis of atherosclerotic plaque, cardiologists at Massachusetts General Hospital have new ideas about which patients may be vulnerable to acute coronary syndromes.

When carotid endarterectomy and coronary artery bypass grafting are combined in the same procedure, outcomes are good across the U.S., but contrary to guidelines, the combination is used most commonly for patients with asymptomatic unilateral carotid disease.