The classical approaches to surgical treatment of spinal cord injury apply only to patients with an injury at the C6 level and below. They involve rerouting muscle groups that the patient can still control, such as moving a tendon so that it will produce finger flexion in place of contributing to wrist extension to a limb that previously had no movement of the fingers.

“Nerve transfers expand the surgical options for patients whose injuries are at a lower level, even in the chronic setting,” says Dr. Brown. “It depends on the type of injury, but if a patient has spasticity in the paralyzed muscles, I can do a nerve transfer as many as 15 years after their injury and achieve good results.”

The body’s muscle redundancy is what makes nerve transfer possible, explains Dr. Brown. Motor control is redistributed from regions of preserved function to paralyzed muscle groups. To restore triceps function, for example, Dr. Brown can transfer the nerve branch to the teres minor muscle from the rotator cuff, and the patient will not notice because the infraspinatus muscle will still strongly externally rotate the shoulder.

Another example is the supinator muscle, which is commonly used for finger extension. It is redundant to the bicep, so if a patient has strong biceps, he or she will never miss the supinator.

The Importance of a Multidisciplinary Team

Dr. Brown urges patients with spinal cord injuries to come to a center of excellence that takes a team approach. “The procedures involved in restoring movement to a paralyzed limb can utilize input from neurosurgery, plastic surgery, orthopedic surgery, neurology, rehabilitation, physical therapy, occupational therapy and even orthotics,” he says.

For patients with cervical spinal cord injuries, Dr. Brown often works with Chaitanya S. Mudgal, MD, of the Department of Orthopaedic Surgery at Mass General, a hand surgeon who is an expert in tendon transfers. Often, the combination of a nerve transfer and conventional tendon transfer surgery is better than either alone for upper-extremity paralysis. “Together we have an entire repertoire available for patients,” notes Dr. Brown.

After a nerve transfer, it may take nine to 12 months for a muscle in an upper extremity to become reanimated. Once it begins to move, the patient starts physical therapy to learn how to use and strengthen it.

Tendon transfers, on the other hand, activate almost immediately because the distal end of one muscle is tied into a new muscle. However, patients who undergo those procedures require casting and immobilization. They begin therapy immediately after surgery to quickly learn how to use the muscle and to avoid developing adhesions.

“There really are very few centers in the world that understand how to determine candidacy for nerve transfers in this population, particularly in patients who have had their injury for many years,” Dr. Brown emphasizes. “This is not a widely understood field by any stretch.” Dr. Brown adds that while there are plenty of doctors who may be willing to perform similar procedures, it’s in a patient’s best interest to be treated at a center by a multidisciplinary team with a breadth of expertise and experience.

Learn more about the Mass General Department of Neurosurgery 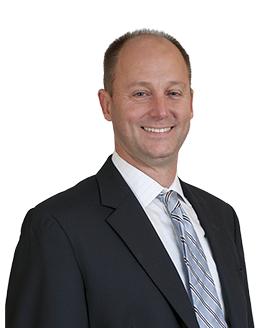 For patients with brachial plexus injuries, a Mass General neurosurgeon is innovating nerve transfers that can restore function to paralyzed arms.

Establishing Reconstructive Neurosurgery as a Subspecialty

Despite the establishment of eight neurosurgical subspecialties, there’s a hole in patient care: restoration of function after the acute stage of paralysis or paresis. Bob S. Carter, MD, PhD, chief of Neurosurgery at Mass General, and colleagues present the rationale for an additional subspecialty.