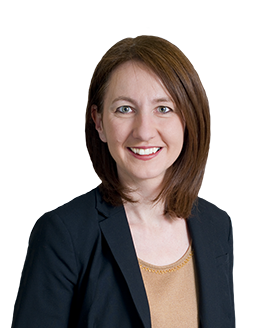 Dr. Sabine Wilhelm is Chief of Psychology and Director of the OCD and Related Disorders Program at Massachusetts General Hospital. She is also a Professor at Harvard Medical School. Her research focuses on the development, testing, and dissemination of treatments for OC-spectrum disorders. She has over 212 publications on the cognitive functioning, prevalence, and treatment outcome of these disorders. Dr. Wilhelm has published seven books on obsessive-compulsive disorder (OCD), body dysmorphic disorder (BDD), and tic disorders. Dr. Wilhelm has been the principal investigator or site principal investigator of 7 NIMH-funded research grants and many foundation grants. She is the Vice Chair of the Scientific Advisory Board of the International OCD Foundation, and she serves on the Scientific Council for the Anxiety and Depression Association of America as well as on the Tourette Association of America Behavioral Science Consortium. Dr. Wilhelm was an Associate Editor for the journals Depression and Anxiety and Behavior Therapy. She currently serves on eight editorial boards. In 2002, she was awarded the Claflin Distinguished Scholar in Medicine Award. She was named a Beck Institute Scholar in 2003, and was also the Scientific Program Chair of the World Congress of Behavioral and Cognitive Therapies held in Boston in June 2010. Prior to accepting the Chief of Psychology role at MGH in 2014, she had been the Director of the Cognitive Behavioral Therapy Program at the same institution for 9 years. Dr. Wilhelm served as the Representative-at-Large for the Association for Behavioral and Cognitive Therapies (ABCT) from 2012-2015. She is President-Elect for ABCT from 2017-2018.