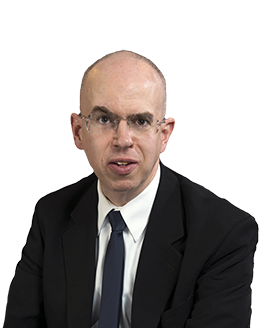 David Mischoulon is a Psychiatrist at Massachusetts General Hospital, an Associate Professor of Psychiatry at Harvard Medical School, and the Director of the Depression Clinical and Research Program (DCRP) at MGH. Dr. Mischoulon graduated from the combined MD-PhD program at Boston University School of Medicine in 1994, and then interned in preliminary medicine at Carney Hospital from 1994-1995. From 1995-1998 he completed his residency in adult psychiatry at Massachusetts General Hospital, where he served as Chief Resident in Psychopharmacology. Dr Mischoulon's research has focused on various areas of depression, including complementary and alternative medicine. He is also an accredited medical acupuncturist and has carried out studies of acupuncture as a treatment for depression. He has received two NARSAD Young Investigator awards, and a K-23 mentored award from NCCAM/NCCIH to study omega-3 fatty acids in the treatment of depression. He has also received R01 and UG3 grants from the NIH and NCCIH to continue his work on omega-3 fatty acids for depression. Dr. Mischoulon has mentored many research fellows and junior faculty, including investigators from Europe, Asia, and Australia, who have gone on to obtain independent funding as principal investigators. Dr. Mischoulon has authored or co-authored more than 200 original articles, review articles, and book chapters, and has also co-edited a textbook on natural medications for psychiatric disorders. He has been an invited speaker at various sites around the country and internationally, and has won several awards. Dr. Mischoulon teaches and supervises residents and medical students, and lectures in various MGH Psychiatry Academy continuing medical education courses. He also provides patient care and consultation regarding management of treatment-resistant depression and use of complementary therapies for psychiatric disorders.